Carson Daly is a pioneer of pop culture across a multitude of media, including radio, television, the recording industry and digital platforms.  He currently hosts a top-rated weekday morning program on 97.1 FM, AMP Radio in Los Angeles, a position he has held since January 2010.  In Spring 2013, Daly once again served as host and producer for “The Voice,” the NBC Television Network breakout hit vocal competition show which debuted in 2011.  Additionally, he has hosted “Last Call with Carson Daly” for NBC for more than a decade.  The program showcases big-name talent, shines a spotlight on hot up-and-comers, and covers the best in live music.

Daly began his career in radio in the early 1990s quickly moving up the ranks as an on-air deejay in five different cities within his first five years. Shortly thereafter, he landed one of the most coveted positions in the business — that of the early evening voice of Los Angeles’ influential and top-rated KROQ-FM. MTV soon recognized his talent and brought him to New York City.

It was at MTV that Daly became distinguished for his roles as gracious host and trendsetter, and ultimately planted the seed to become the entertainment icon that he is today. As host and executive producer of MTV’s “Total Request Live” (TRL), he transformed an afternoon music video program into a must-stop on the publicity circuit for musicians, movie stars and entertainers alike. It was Daly’s guy-next-door charm that made him so appealing, and more so trustworthy, as he entered living rooms daily to offer exactly what the audience desired. His reputation as pop-culture tastemaker was cemented.

In January 2002, his loyal fans followed him to NBC and tuned into his late-night television show “Last Call with Carson Daly.” Re-writing the rulebook for late-night television, Daly has taken his show out of the studio and on location every night. The strategically curated bookings extend to a wide array of great storytellers, inspired by Daly’s adoration for the acclaimed “This American Life” program.

While the show boasts diverse bookings in the worlds of entertainment, politics and sports, it is the progressive music bookings that have earned Daly his bragging rights among the late-night crowd. Since day one, “Last Call” has been the show that gives many of the hottest bands their first break on U.S. television including The Killers, Maroon 5, Ray LaMontagne, Modest Mouse, 30 Seconds to Mars, B.o.B and many more. 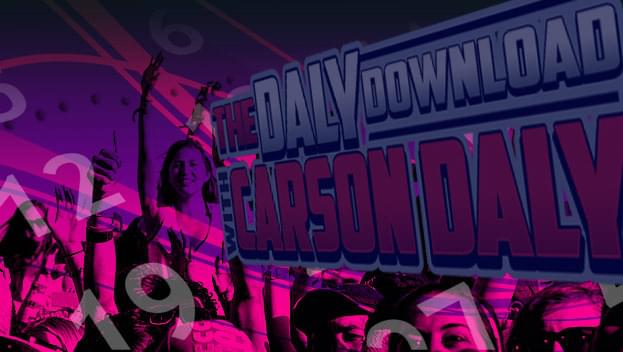 Missed out on the Sofia Carson Zoom Party?  Don’t worry, I have a feeling we will be doing another one soon!

The #ThreeRiverFire is raging on in Lincoln County, NM.  I spoke with Douglas Keaty of the American Red Cross to find out where to evacuate, and what we can do to help.

The Oscars are happening tomorrow night in Hollywood.  Although it is going to look so different because of Covid, it doesn’t make it any less exciting.  There were some amazing movies this year.  I had a chat with Hollywood insider Glenn Frankel about what movies you just can’t miss and what movie he predicts will…