Alyssa Milano is rejecting an accusation she wore blackface. The actress posted Tuesday in response to an article alleging she was “facing backlash” over a purported “blackface scandal.” Milano tweeted a photo of the headline from the conservative site LifeZette along with her response. “Hey, a**holes,” she tweeted. “The below picture is me parodying Jersey…… END_OF_DOCUMENT_TOKEN_TO_BE_REPLACED

If and when there’s an Oscar ceremony, there ought to be considerable talk about Catherine Deneuve and her regal performance in “The Truth.” But that will require some voters looking past controversy the French actress stirred with her public criticism of the #MeToo movement. Playing an aging star estranged from her daughter might not seem…… END_OF_DOCUMENT_TOKEN_TO_BE_REPLACED

One of the world’s most famous Covid-19 survivors has reportedly made his feelings known about those who don’t wear masks. Actor Tom Hanks and his wife, actress/singer Rita Wilson, were two of the first celebrities to announce they had contracted the virus and, according to People, Hanks is now urging people to mask up. The…… END_OF_DOCUMENT_TOKEN_TO_BE_REPLACED

Chris O’Dowd admits that singing John Lennon’s “Imagine” amid the coronavirus pandemic was not the greatest idea. The “Bridesmaids” and “The Sapphires” actor was among the stars who featured in Gal Gadot’s much-mocked viral sing-along in March. The three-minute clip saw actors, comedians and singers including Kristen Wiig, Jimmy Fallon, Natalie Portman, Will Ferrell, Sia…… END_OF_DOCUMENT_TOKEN_TO_BE_REPLACED

The MTV show must go on — with some adjustments. The MTV Video Music Awards will return in August to New York City’s Barclays Center, New York Gov. Andrew Cuomo announced Monday in a news conference. This year’s event, on August 30, will bring together music fans worldwide and pay homage to the strength, spirit…… END_OF_DOCUMENT_TOKEN_TO_BE_REPLACED

Carl Reiner, the writer, actor, director and producer whose many decades’ worth of credits — including “The Dick Van Dyke Show” and “The 2000-Year-Old Man” — showcased a ready wit and a generous spirit, has died, his son, director Rob Reiner, announced in a tweet. He was 98. “Last night my dad passed away,” Rob…… END_OF_DOCUMENT_TOKEN_TO_BE_REPLACED

After conquering the stage in every way imaginable, “Hamilton” moves to the screen — just not the one originally intended. Premiering on Disney+, Lin-Manuel Miranda’s musical beautifully survives the transfer process, with a few minor hiccups. Some will lament not seeing the movie in theaters, but given its length and the goodwill generated for Disney’s…… END_OF_DOCUMENT_TOKEN_TO_BE_REPLACED

Paul Walker and Vin Diesel were BFFs and it looks like their children are continuing that tradition. Meadow Walker, 21, recently posted a selfie with Diesel’s three kids Hania, 12, Vincent 10 and Pauline, 5. The three youngsters are seen smiling behind Walker who appears to have taken the photo — which she shared on…… END_OF_DOCUMENT_TOKEN_TO_BE_REPLACED

The BET Awards have always showcased Black America’s entertainment and culture, but, amid a global pandemic and racial justice movement, this year was different. Jesse Collins served as executive producer for Sunday’s BET Awards, held virtually due to the Covid-19 crisis. Opening with a rousing remix of the Public Enemy hit “Fight the Power and…… END_OF_DOCUMENT_TOKEN_TO_BE_REPLACED 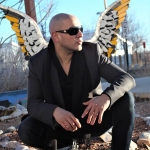 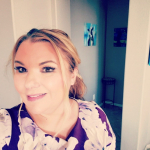 A friend of mine posted something on Facebook that made me so sad. It is EXACTLY the thing I am talking about. Why do we put ourselves down? Why do we think that unless we are perfect. Perfect Hair. Perfect Makeup. That we are not worthy of another’s love or admiration? Watch my video and… 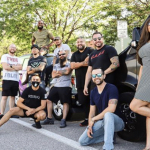 Hear from Jon Jones / The C.A.R.E.project, what they’re about, and how to get involved. Carlos Duran interviews Jon “Bones” Jones / C.A.R.E Project 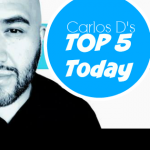 Organizers forced to cancel 2020 Balloon Fiesta amid COVID-19 concerns – I totally get it…BUT…that doesn’t mean I’m not sad.  READ MORE ‘Cobra Kai’ Is Headed to Netflix The YouTube ‘Karate Kid’ series ‘Cobra Kai’ is moving up the ranks to Netflix.  The series spent two seasons on YouTube and if you missed out you…